Don’t you find it a little ironic that although car seats are designed for child safety, most firms focus solely on vehicle collision safety alone? How the hazardous chemicals found in car seats meet regulatory standards we’ll likely never know. So while different car seat types offer various safety levels (as you’ll see in a bit), this article is mainly concerned with brands that try to decrease the toxicity of your baby’s seat. In this vein, you’ll be seeing some of the best non-toxic car seats available.

It was released in June 2017, and it’s the use of wool (verified by the ecology center) successfully passed federal tests.

It’s very lightweight, about 10 pounds, so moving it around won’t be difficult. It has canopy shields with SPF 50+ and harness position is quite low. Suitable for babies weighing 4 lbs to 35 lbs.

Has a padded headrest and a 5 point no thread harness. Comes with a smart security system with indicator going from red to green to visually confirm how snugly tight your baby is.

Britax is known in the industry for making very sturdy car seats, which can be great in terms of stability in the car.

It can be used for children weighing 5 lbs to 65 lbs. It has a 12-position harness so it’s adjustable as your child grows (other Britax models have more positions so are more suitable in terms of height).

Uses FlexTech safety components. Side note, although most brands have their own safety integrated systems, they mostly perform the same function.

So both Britax’s SafeCell and Maxi-Cosi’s FlexTech have steel frames with an energy-absorbing base as well as the impact-absorbing tethers.

Each model from each brand will usually have a specific feature of the safety system reinforced. Weight requirements are 9 lbs – 40 lbs when in the rear-facing position and 22 lbs to 70 lbs forward-facing.

Like most convertibles, this car seat supports infants (14 lbs to 50 lbs) as well as toddlers (up to 65 lbs).

Its safety system comprises of dual layers (energy absorbing form) side impact protection. Its anti-rebound bar is reinforced with a steel and magnesium sub-structure.

It uses Crypton super fabrics which have been certified by Greenguard to be halogenic free while also offering permanent protection against moisture and odor-causing bacteria.

Its rigid latch (Isofix) provides more stability when converted to forward-facing so that it simulates the “rear-facing like” safety feature the AAP likes so much.

Despite having similar weight restrictions, Britax advocate model made several improvements over the marathon make.

For example, it has a 3 layer max side impact protection and has 14 harness positions so your child has more height adjustments.

Overall, Britax noted the problems with the Marathon and made improvements in the Advocate.

Alright, so far you’ve seen some of the best non-toxic car seats in the market. If you’ve been following, you would have noted that a lot of them offer either similar features or one-up other brands.

Since this article is concerned with the toxicity of chemicals used in car seats, our pick, the UPPAbaby Mesa Henry, seems like the most logical suggestion since it completely eliminates the use of halogenic chemicals as fire retardants. Not only that, it also doesn’t use phosphate-based chemicals either as retardants but uses wool. Just because a chemical isn’t halogenic doesn’t mean it doesn’t have other adverse effects.

Lastly, our pick has the lowest minimum weight (4lbs) on the list. This means that regardless of how small your baby is, you’re sure the seat will fit snugly.

Since you can’t tell how large or small your baby will turn out before birth, and considering some hospitals don’t discharge babies without fitted car seats, it’s very unlikely you’ll regret your purchase.

First, all jurisdictions in the US require safety seats for children with varying weights and heights so not only are you required by law to get them, manufacturers are required by law to ensure their car seats meet federal regulatory standards.

This means that some companies will comply with the bare minimum, while others will go overboard in child safety.

But in general, these are some of the seats you’ll find in the market.

They’re usually the first seats your newborn is exposed to. They fit in a rear-facing position and considered the safest for children because both the head and body are restrained in the event of a frontal collision.

Though they have weight limits (from 4 – 50 lbs), the American Academy of Pediatrics (AAP) advises that children be kept in this position till they outgrow their seaters.

Most babies outgrow car seats that are strictly for infants before they’re one, however some good seats will have adjustable harnesses so your baby can keep using them as he/she grows up.

You’ll likely find some with padded harnesses for additional comfort, accessories like a rearview mirror for close monitoring, play trays for toys, and even carry handles.

One of the features most people find helpful are those car seats with carrycot modes, which can be great for moving the baby to and from the car without rousing up.

Note that carrycot mode takes up more space (double) so it may not be a helpful feature if you already have a couple of kids and limited car space.

It’s important to remember that while infant seats are designed to accommodate newborns, not all of them fit.

It’s, therefore, necessary to test the infant carriers to ensure your baby’s head is fitted into the seat’s edge so it’s safety purpose isn’t self-defeating.

These types try as much as possible to prevent you from buying new car seats with each stage of your child’s development.

So they will be equipped to transition from rear-facing to forward-facing. Some of them can even be used as booster seats for children above four years.

But as noted earlier, due to the necessity of having your baby’s head and shoulders fit into the harness slots, it is imperative you find out how suitable the convertible seats are for newborns.

If it can be used for a child above four, it may be unsuitable for a newborn. Ensure the seats have low bottom harness slots so they fit if you do end up going with this.

Adult seat belts are only useful if they provide enough restraint when there’s sudden deceleration. The correct position should be across the collarbone, chest for the top and fitted to the hips at the bottom.

On a child, when propelled forward, an adult seat belt would ride across the neck and stomach, likely causing internal bleeding and thus be defeating a seat belt’s purpose.

Booster seats are meant to elevate your child so that the adult seat belt places correctly.

These come in several kinds like high backs (considered safer due to their head support), backless (cheaper and easier to fix if you have several cars), or Isofix (have very rigid latch connectors with greater stability to vehicle’s anchors).

Here’s a photo showing how safer high backs (has tether) are compared to backless boosters (doesn’t have tether).

Generally, the safety standards in place will ensure your child’s safety isn’t compromised during a car crash regardless of the amount you’re spending. What other brands offer to differ in terms of comfort, convenience, and as you’ll soon see toxicity.

If this isn’t your first time buying a car seat, probably cause you already have a kid, or you’re wondering if you can use an old one, you should know that while car seats help during car accidents, most of the fatalities regarding car seats are due to not using them properly in terms of installation and placing children correctly.

3 out of every 4 car seats are not installed properly which can make your baby unsafe.

This is why most good car seats have angle indicators. Some are even smart so you know if you’re in compliance with the manufacturer’s manual.

Furthermore, most manufacturers suggest changing car seats after six years (mostly due to new safety research updates), while the National Highway Traffic Safety Administration (NHTSA) suggests changing them after moderate to severe accidents. This is because the restraints used in making car seats are tested for just one crash event.

Generally, if your vehicle can drive from the accident scene, without injury on any party, and without airbags deploying, you don’t need to replace your child’s seat.

Babies are the most vulnerable because their systems aren’t fully developed. So whatever environment they’re exposed to will have a tremendous effect on both their immunity and development.

In this sense, safety shouldn’t just be about protection against a car crash that may not occur, but also against certain exposure to chemicals known to be harmful.

To comply with federal law (FMVSS 302), one that requires car seats to pass a fire safety test, most firms until recently used flame retardant chemicals. This was noticed by several tests carried out by eco-centers healthy stuff.

They discovered that as recent as 2014, virtually all the main brands used halogenic chemicals like chlorine and bromine which are known to be cancerous and linked with child underdevelopment.

As of 2016, partly with increased pressure from parents, the use of halogenic flame retardants dropped to two-thirds of the firms tested, most of whom now favor phosphate-based chemicals (considered safer).

Does This Mean Chemicals Are The Only Fire Retardants?

Note that eco-center hasn’t noted any perceived benefits of fire retardants and that most firms simply include these chemicals to pass safety tests.

Considering how often you’ll expect to drive around with your child in tow, where he/she will inhale dust particles in his/her vicinity, it helps to know that you aren’t knowingly endangering your kid.

Looking at some of the best non-toxic car seats is really the least you can do when looking for your baby’s car seat.

The chief editor here at Kalina’s Choice. When you have a new baby on the way, there are so many choices to make. We recommend a small selection of some of the best baby products you can find online.

Best Maternity Shapewear For Pregnancy and After 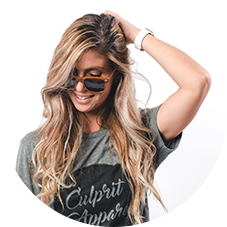 My mission is to help every parent do fun things with their kids and offer useful and necessary practical advice. Nothing is more important than those early years for a baby, so I hope that you’ll find the solution to your day to day baby care. Welcome aboard!